Home » Startup Investing » Investing in The Next Evolution of City Spaces

Investing in The Next Evolution of City Spaces

The founders of Visual Feeder, Yaxi and Eddie, are doing exactly what I’ve always wanted to see happen with advertising. And I think the most compelling part of their business concept is that it’s coming to a market that desperately needs it, and the timing couldn’t be better.

Here’s a quick overview of what Eddie and Yaxi are up to and why I decided to invest in their company with Blue Field Capital.

Why I Invested in Visual Feeder 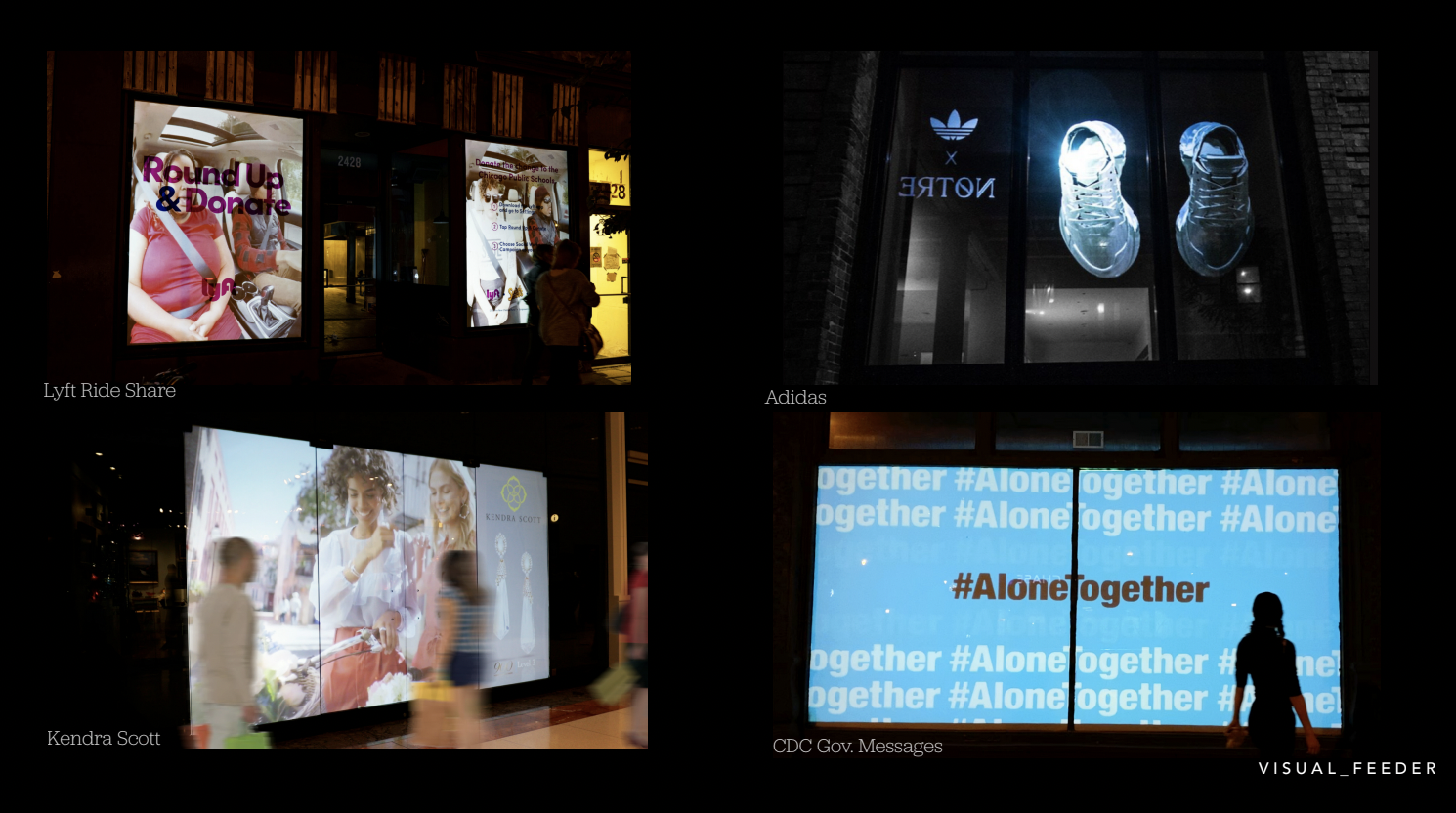 One of my biggest struggles at Vungle was convincing top-tier brands to advertise on our network. While it was an easy sell for companies targeting a younger demographic, high-end brands were reasonably hesitant to advertise on apps. I get it – I couldn’t prove their audience was using them.

Beyond the difficulty in landing the advertisers I wanted to work with was the feeling that the ad interactivity we achieved at Vungle was still limited in scope. I was dreaming about something bigger – even more experiential.

What interests me about Visual Feeder is that it solves both of these problems. The company is innovating two things by combining them:

By projecting interactive ads on the windows of vacant buildings, they’re able to help landlords monetize their buildings during downtime, while allowing advertisers to get closer to their audiences in a more engaging way. There isn’t a company out there that wouldn’t want to get in front of the thousands of people who walk by city buildings every day.

I was actually walking in San Francisco and saw a cool apartment building that had integrated videos as a way of showing off their amenities (powered by VisualFeeder). At the time, I didn’t even know that VisualFeeder existed but it got me thinking about the future of how our cities will look. Here’s a video of that building in case you’ve been to San Francisco and remember seeing this:

Showing video content on a building window is one thing but VisualFeeder can also bring interactivity to the medium. Imagine a city lit up at night with not only traffic lights, cars, and signs, but also windows bright with moving images – items you can shop for without ever walking into the store. If something catches your eye walking down the street, all you have to do is pull out your phone, scan a QR code, and go straight to check out from the sidewalk. Virtual reality is blending more closely with real life, and I think Visual Feeder is pioneering the inevitable – a world where you can use shop windows like a tablet and go online shopping in person (as counter-intuitive as that sounds).

We already know by the popularity of VR headsets and interactive ads that the demand for new levels of engagement is high. I think what most impresses me about Yaxi and Eddies’ vision though, is the lifeline they’ve become for landlords who are dealing with long, financially devastating vacancies as a result of the pandemic, when many businesses shifted online or permanently went out of business.

To give you an idea of how their strategy works for both parties, I’ve broken down some numbers that demonstrate both the market size and potential impact of the business:

The Numbers: Market Size, Potential, & Why it Was a Good Move

The Size of The Problem

We’re all aware that the number of commercial vacancies has shot up since the pandemic for obvious reasons. A quick walk around the block in most cities and towns will reveal empty storefronts and “for lease” signs.

If you were ever curious exactly how much retail space has gone empty in the US, it’s about 8.5 billion sqft., which equates to $15.6 billion dollars of lost revenue each year.

And the reason most retail spaces aren’t getting refilled isn’t for lack of effort. It involves a long process, and as we know, there are simply less companies willing to stock a physical location post-covid in favor of making sales online. It takes an average of 8-24+ months before vacant space can be leased again, meaning Visual Feeder can give landlords back at least 8 months of revenue, but in most cases, far more.

According to data, only 42.7% of empty retail locations will be leased in the same year they became vacant, pushing more than half of vacancies out to the 12+ month range. That’s a painful amount of lost revenue that can now be avoided.

This is not a temporary problem. Things will not “go back to normal” when the pandemic is over: Too many companies have already realized how expensive and unnecessary leasing physical real estate is, and more will follow. The commercial retail vacancy rate in major cities is currently at 13.2% and set to continue increasing every year by 15%.

Since 2015, “out of home” advertising is the only media format (other than digital) that’s been growing every year, increasing by a steady 12%. It’s not surprising, given that 30% of total revenue comes from digital out of home. The industry is solid and growing: $8.5 billion was spent last year on digital out of home in the US alone.

It’s funny to think that out of home advertising often involves erecting expensive and difficult-to-maintain digital billboards, when the technology to re-imagine the everyday structures around us exists. Yaxi and Eddie created a simple setup that includes a projector and window film. It’s fast and cost effective, getting landlords to revenue in their second month up and running with Visual Feeder. The return for landlords is pretty good too, with the average campaign costing a minimum of $5,500 per month, and spaces hosting up to 8 different advertisers at once.

Long story short, with over 84,000 vacant retail locations in the US, there’s a clear $5.2+ billion in yearly revenue opportunity in the US market for a company like Visual Feeder. And as far we know, Yaxi and Eddie are the only ones cracking into it at the moment, giving them a fair shot at being leaders and pioneers in this space.

Anyone who’s been following my investment journey knows I place significant weight on the strength of the founders when making investment decisions. I love the strong female leadership from Yaxi, COO, and her entrepreneurial background with founding 2 startups, as well as her experience working in the media space. Eddie, CEO/CTO, is creative minded and well versed in the experiential marketing world. The team are siblings, which I think only adds to their business, as they have a strong relationship to help them grow fast. 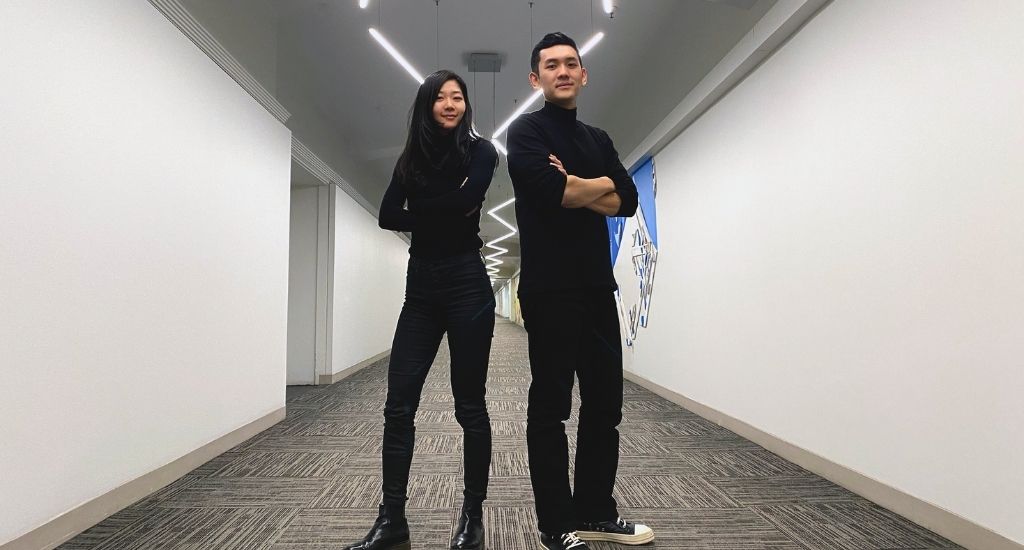 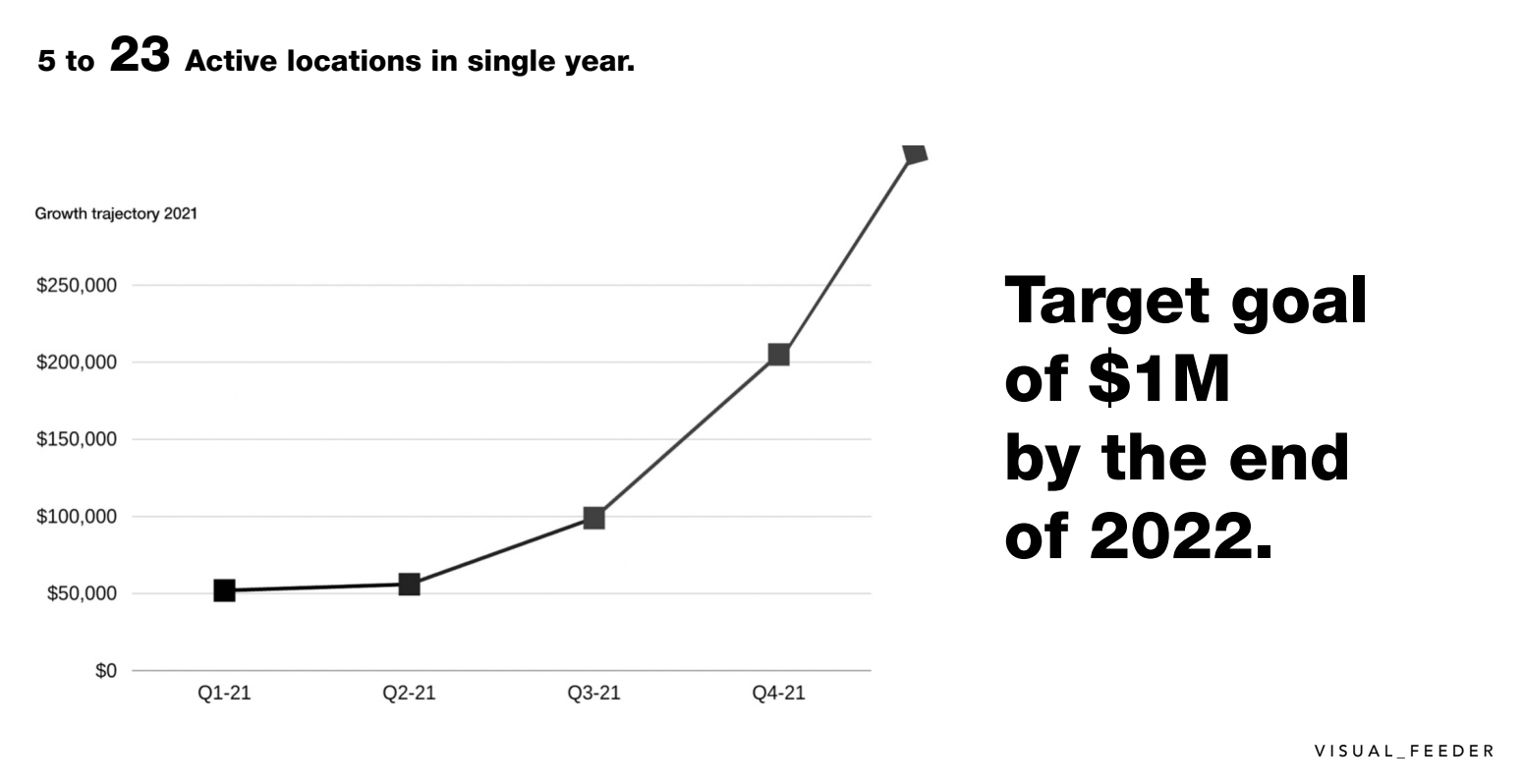 Yaxi and Eddie are scaling quickly, growing from just 5 to 23 active locations in the past year with over 106% revenue growth. Their goal is to hit 1 million by the end of 2022, which they are on track for.

Some exciting brand partnerships for the team include Adidas, TedX, Lyft, and Bacardi, among other notable companies. I’m confident that Visual Feeder will continue to scale, and I’m looking forward to watching them lead the next evolution of our city spaces.